It seems the bareboat charter community has caught on to the splendors of spending a week or two on a Croatia yacht charter holiday.Â  National Geographic refers to Croatia as the world’s best cruising ground, and bareboat charter enthusiasts are sitting up and taking notice.

Whether you prefer well-equipped marinas, sheltered ports in centuries-old Dalmatian coastal villages, or the peace and tranquility of anchoring in anÂ idyllic bay with a rustic shoreside restaurant, a Croatia bareboat charter offers an abundance of choices.

1. Opat, Kornati Island.Â  This island is known for its stark wilderness and natural beauty. For easy mooring, try the southeast end of the island, in the Kornati National Park. Here, you’ll find two seafood restaurants, in what can best be described as a lunar landscape setting.Â  Hikers can enjoy an energetic walk in Kornati National Park up a signed path to the top of the nearby hills, where they will be rewarded with a spectacular view of theÂ surrounding islands.

2. Uvala Vinogradisce, Sv Klement Island – Anchorage is best on the south coast of Sv Klement Island, justÂ a short sail from the town of Hvar.Â  This is a scenic anchorage with great restaurants. Talk a short walk over the hill to a small marina on the north side of the narrow island where you can board a boat taxi into Hvar town.Â  This shuttle boat avoids the hustle and bustle of Hvar’s busy town marina.

3. Pucisca, Brac Island – Here you’ll find a well-equipped town harbor at the head of a deep bay on the north coast of the island. This is an upscale town built on the riches of its stone quarry industry.Â  Pucisca is a prosperous community where even the street lights are made from the white Brac stone, famous for its use in the construction of the White House in America. The village economy does not depend on tourism, soÂ you’ll enjoy a taste of real Croatia.

4. Polace, Mljet – Here you’ll find a spacious and safe anchorage at the west end of the north coast of Mljet Island.Â Lush vegetation and spectacular scenery are everywhere on what is considered one of the most pristine Dalmatian islands. You’ll also find easy access to the salt water lakes and the magnificent scenery of the island’s National Park.

5. Lopud Village, Lopud Island – Time to enjoy a sandy, uncrowded beach. Lopud is one of the Elaphite Islands lying just off Dubrovnik and the Peljesac Peninsula. The village has cobblestone streets, a great sandy beach, andÂ a reasonably well-sheltered anchorage,Â with minimal tourism traffic. Only a handful of cars are permitted on the island, adding to the sereneÂ splendor.

Spend a day or two at any of these enchanted islands and you’ll quicklyÂ realize why Croatia is the hottest summer yachting destination in the world. 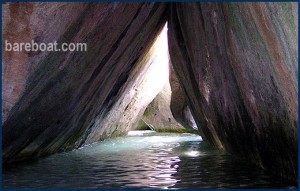