It’s not much of a secret – the most popular bareboat charter destination in the world is the Virgin Islands.

Caribbean bareboat yacht charter customers can choose St. Martin and St Barts in the Leeward islands, or head further south to the rainforest-covered islands of the Grenadines.Â  Self-drive sailorsÂ usually returnÂ to bareboat charter a luxury sailing yacht in the Virgin Islands.
Â
Each year, we ask clients returning from their luxury yacht charter vacation to name their favorite islands and activities. When it comes to the British Virgin Islands, or BVI, they always select Tortola and Virgin Gorda.
Â
Let’s look at the top five activities in both Tortola, BVI and Virgin Gorda, British Virgin Islands. 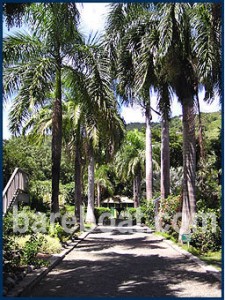 J.R. O'Neal Botanic Gardens in the British Virgin Islands is a top destination during a bareboat vacation

4. Tour the Callwood Distillery in Cane Garden Bay.
5. Drive over the hill to Gun Creek and explore North Sound.
Â
In Virgin Gorda –
Â
1. Explore the pools and grottoes at The Baths. 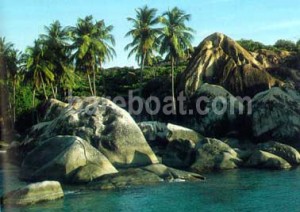 2.Â Relax on the beach at Spring Bay.
3. Dig into history at the Copper Mine National Park.
4. Enjoy the many yachting destinations in North Sound.
5. Tour the island by car and enjoy the views.

To arrange your next vacation on a chartered bareboat sail or motoryacht,
contact your charter specialists at www.bareboat.com through our website at
http://bareboat.com/contact_us.html
by emailÂ via info@bareboat.comÂ
by phoneÂ via 1-800-BAREBOAT (227-3262) or 305-720-7245
or via twitter http://www.twitter.com/bareboatdotcomÂ  (Please follow us!) 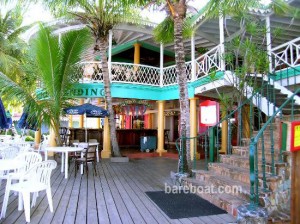