Sailors planning a bareboat charter in the Caribbean in early November will have an opportunity to watch the world’s best female sailors in action.

On November 11-15, the waters off St. Thomas’ East End will play host to eight of the best women match racers in the world, at the U.S. Women’s Match Racing Championship. 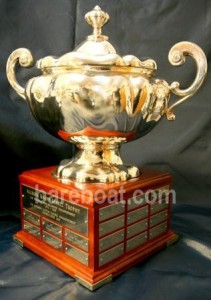 The US Virgin Islands, a major Caribbean bareboat charter hub, offer the ideal location for both casual yacht charter vacations and exciting Olympic-style competitive sailing races.Â  Constant breezes and warm, dry weather make this a great bareboat destination and should provide just the right mix of wind and sun for a great match race competition.

After spending a day or two watching the action, Caribbean yacht charter enthusiasts can easily sail their rental sailing yacht into the nearby British Virgin Islands.Â  There are mooring buoys in almost every protected cove. The beaches, Caribbean food,Â tropical music, andÂ friendly locals make this a great yacht charter destination.

More about the big match race:

Tunnicliffe is the defending 2008 champ, while Capozzi won the event in 2006.

Match racing consists of two identical boats racing against each other. It is the format that is used in the America’s Cup, and it is a one-on-one duel of strategy and tactics where there is only one winner. This year, the competitors will sail in IC24’s. The IC24 or Inter-Club 24 was designed and built by two St. Thomas sailors. It uses a J/24 hull, which is fitted with a Melges 24-style deck mold that is wider, has no traveler, and is capable of carrying four to five sailors.

The first U.S. Women’s Match Racing Championship was held at Southern Yacht Club in 2001. This marks the first time that the St. Thomas Yacht Club will host the event. However, the Club has hosted many high level match racing championships in the past.

The event is sponsored by Rolex Watch U.S.A. and Dry Creek Vineyard.

Charter a bareboat sailboat or motoryacht and enjoy the action!Â  For more information, contact 1-800-BAREBOAT (227-3262) or email info@bareboat.com

Use Caution When Operating a Bareboat in Reduced Visibility

A bareboat charter client of ours forwarded a nice, short article about the dangers of sailing in fog. Not sure where he saw the article so we will paraphrase it and pass it along.

Be cautious when dealing with limited visibility when boating

While most of our bareboat charter business takes place in warm-water locations (Bahamas, Caribbean, etc.) we know many of our New England clients like to “sneak in”Â  a little summer sailing closer to

home. Fog make not be much of an issue for us in the Caribbean, but taking safety precautions during a sail bareboat yacht charter in Newport, for example,Â makes a good deal of sense!

The biggest danger of operating a sailing yacht or a motoryacht in fog probably comes from commercial vessels, including fishermen. The skippers ofÂ these vessels are seasoned veterans and are comfortable (dare we say “complacent”) operating in the soup.Â Â  Sadly, some of these gents are downright negligent, as evidenced by the Block Island ferry which hit the USCG buoy tender last year.

Commercial fishermen are particularly problematical.Â  Often short-handed, it seems these skippers feel that they know the local waters.Â  Many have a “attitude” when it comes to watching out recreational boaters and bareboat charter vessels.

The bottom line – you need to look out for yourself!

It is highly suggested that you have a strong radar monitor onboard, and you keep a sharp eye on it.Â  Going slow, and sounding your horn, is the safest way to cruise in the soup, but here’s an extra precaution you can take:

When traveling in a busy area, send a sÃ©curitÃ© broadcast. Note your location, speed, direction, andÂ broadcast your message on Channel 16.Â  Something like this should work: “SÃ©curitÃ©, sÃ©curitÃ©, sÃ©curitÃ©, this is theÂ yacht “your boat name here” leaving Camden Harbor at 5 knots on course 120 degrees leaving buoy R2 headed towards Gilkey Harbor, all vessels take note.”Â  Skippers on nearby vessels will certainly appreciate the heads-up!